Make a game of it: try to guess what these beauty brand names actually mean.  Not easy! 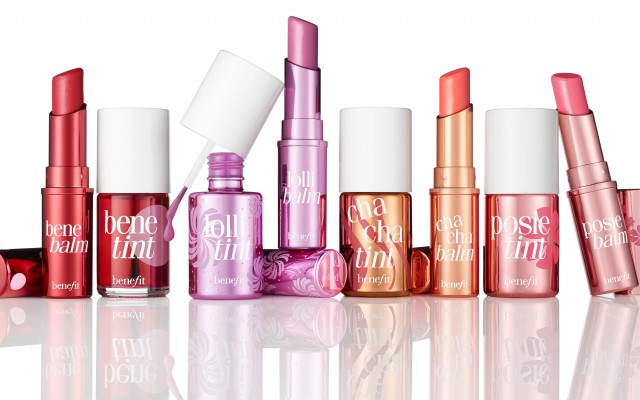 This international favorite started out as a small family venture, when American sisters Jean and Jane Ford created a modest beauty boutique in Indiana in 1976. The boutique, called The Face Place continued to get increasingly popular, attracting worldwide attention. It wasn’t until 1990, when the beauty brand was expanding globally that the sisters decided to come up with a new name. Dreamed up on a flight home from Italy, Jane wanted to incorporate the word ‘Bene’ (Italian for good) into the brand’s new title, and so Benefit was born.

Stands for Colour, Innovation, Aspiration, Trend, and Extraordinary. The acronym is a much better fit on a any label!

A brand that originated in Japan in 1982, Clé de Peau Beauté translates as « the key to beautiful skin. »

This leading haircare brand has probably the most fun name of all: Good Hair Day.

First established in a Toronto salon, MAC started off as a make-up-artist-only brand and wasn’t launched to the public until 1984, once it had won over models, editors and photographers alike.  Its meaning is simply Make-Up Artist Cosmetics.

Founded in 1913, Maybelline is named after creator Thomas William’s sister. According to the brand, Maybel used to use petroleum jelly on her lashes and brows. Chemist Williams whipped up some carbon dust to mix with the jelly for a darker shade and increased effect. 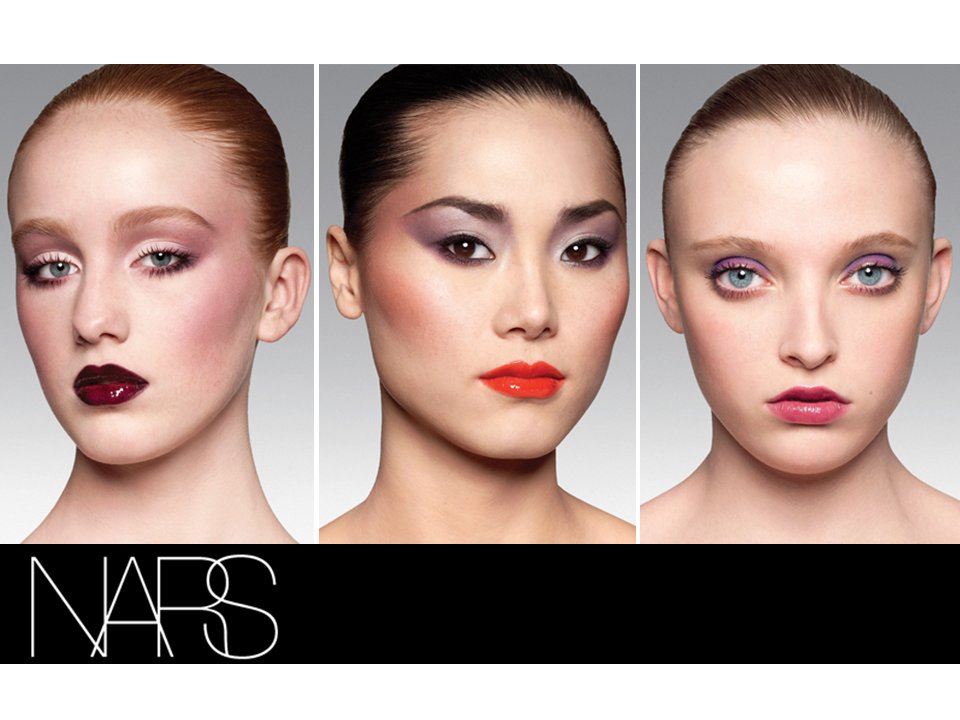 This is the namesake of founder François Nars, who launched his brand in 1995 at Barney’s in New York.

Initially set up way back in 1890, Nivea’s name is derived from the Latin ‘nix, nivis’, which means ‘white as snow’ and refers to the company’s first major product, the pure white NIVEA Creme.

NUXE was started in 1989 by French entrepreneur Aliza Jabes and is a combination of the words “Nature” and “Luxury”.

Nyx (pronounced like ‘nicks’) is named after the Greek goddess of night.

If you haven’t heard of this brand yet, you will. The hair-care line, developed by celebrity hairstylist Jen Atkin, hits shelves in 2016 — and its name is a bit of a puzzle. But that’s just the way Atkin likes it. « I wanted you to be at a lunch with your friend, and they mispronounce it and you say, ‘No, it’s Ouai,' » Atkin said at the launch event. (Say it with us now: « WAY. »)

The actual meaning? It comes from the French word « ouais, » which is a casual way of saying « yes, » like « yep » or « yup. » Atkin dropped the “s” to make it look Hawaiian, which reflects her island upbringing. Check back with us in January to see images of the new collection.

In 1907, L’Oréal founder Eugène Schueller created the first hair dye formula which he called L’Auréale after a fashionable hairstyle at the time called L’Auréole meaning ‘halo’. The spelling was later changed to the name we know it as today. 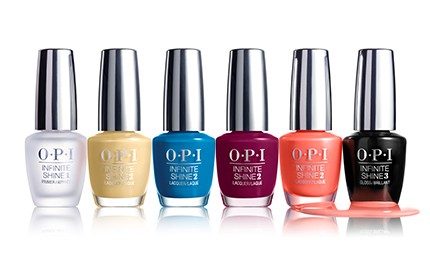 This catchy brand name is actually the acronym of: Odontorium Products Inc. Not easy to pronounce, right? The brand was originally a dental-equipment company.

Launched in 1834 by Eugene Rimmel, this brand was originally set up as a perfumery although its owner started creating make-up products about a year later.  His exploits included the creation of one of the most popular and useful inventions ever: the mascara.

A publicist for the brand explains that « Sephora » is a combination of the name « Zipporah, » the wife of Moses in the Book of Exodus who was renowned for her exceptional beauty, and « sephosis, » the Greek term attributed to beauty and vanity.

The meaning behind the Japanese cult brand’s name is top secret… literally. It stands for ‘Secret Key’ which is what the skincare line was originally going to be called as the scientists were on a quest to find the ‘secret key’ to crystal clear skin. In their research, they found the answer by surprise.

This name is a derivative of the Italian word « stilare, » which means « to pen, » then A+ to you, friend.

The name comes from the brand’s ethos: “The right makeup can turn even the simplest look into a statement as authentic as your signature. » This eyeliner’s the perfect example. 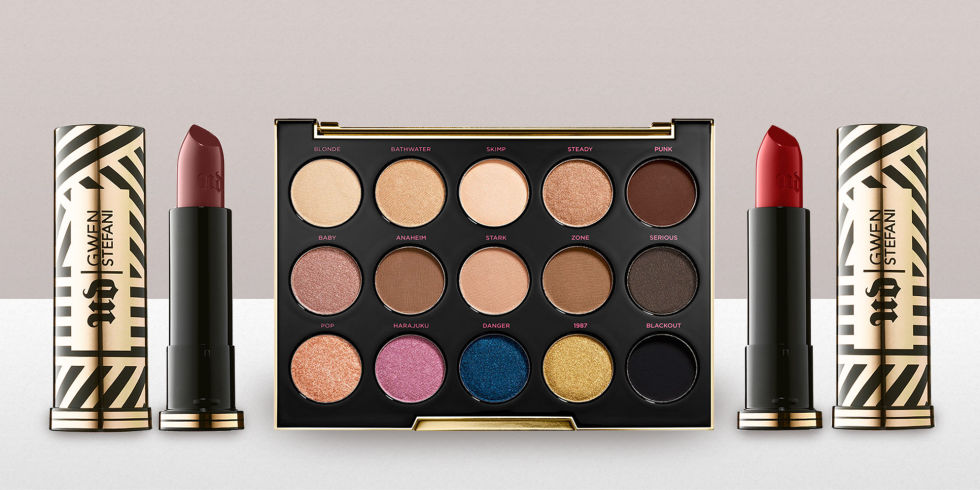 Here’s a fun experiment. Google « Urban Decay » and check out the image results.

No, you won’t find swatches of Half Baked shadow. Instead, you’ll likely see a collection of post-apocalyptic crumbling buildings. That’s because « Urban Decay » is actually defined as « the decay and deterioration of an urban area due to neglect or age. » A little weird for a makeup brand, no?

UD agrees, crediting this crazy (and now wildly famous) name to its cofounder Sandy Lerner’s former husband. « Everyone was saying it had to be named ‘Urban’ something. Sandy’s husband, who’s totally ‘Mr. Computer Scientist’ — they invented the router and started Cisco Systems together — just said one day, ‘Oh, why don’t you call it Urban Decay?‘ and the name just stuck, » says cofounder Wende Zomnir.

When launching the company, the founder took the word « new, » flipped it backwards, and came up with Wen. Plus, he liked that it sounded like « zen. » 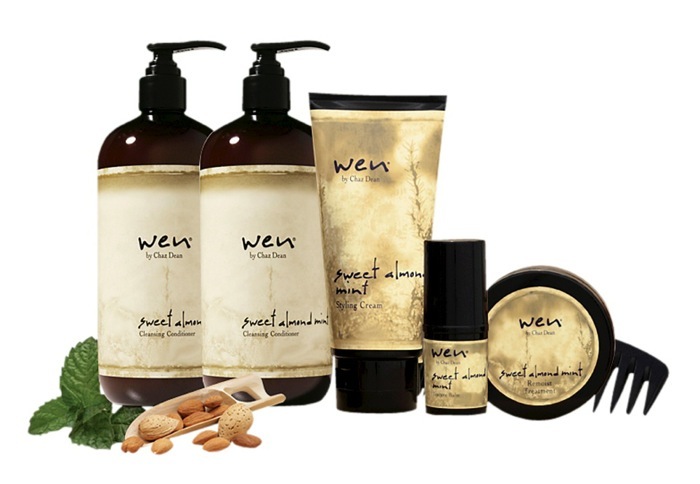 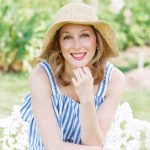 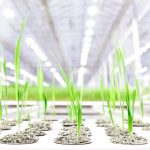